Well, this is embarrassing… last year in January, Eloise over at Highly Improbable tagged me to do this writing prompt. I wrote out all my answers and somehow, it ended up in my draft folder instead of being posted.

Better late than never…? Heh. Anyway, here it is now:

The rules are simple; think of a writing project you have and answer the questions below, and then tag another blogger or bloggers to do it. 🙂

I’ll be doing this tag with my The Lucid Trilogy (or it might be one massive book with three Acts; we’ll see when I actually finish it 😂).

1. A crazy hacker’s gone into your computer and has deleted all of your music, except for one song off of your writing playlist. Which song is it?

Well. After the panic… 😅 Awake by Bianca Ryan. I love that song anyway, but it will most likely be the theme of The Awakening, which will be the third book of my The Lucid Trilogy; or the third act, whichever it ends up being. 🙂

2. Your protagonist and antagonist have been paired up by friends to go out to lunch together. Where do they go?

I have multiple protagonists and antagonists. However, I think they could agree to take a picnic lunch to the park – which is really just an underground cavern with outdoor scenery projected onto the walls. (In the novel, there was a natural disaster or maybe a manmade one that forced everyone to live underground. I haven’t decided for sure which one it is.)

3. You’re crossing a bridge when the troll living under it stops you. He demands to read a chapter from your novel, and won’t let you cross otherwise. Which chapter do you give him?

Oh, that is really hard. Chapter Three of Night Terror (or Act Two) probably. Piper’s character gets really deep here, as she thinks about her past, and goes through sort of a dark night of the soul. My hope is to break the troll’s heart so he will let me pass. 😄

4. Your friends have invited you out to a party. Surprise! All of your characters are there. Who do you choose to hang out with?

Vytas. He is very complex. Maybe if I hung out with him a while, it would be easier to get in his head for when I start writing the next book // act… 😄

5. Oh no. You left your car keys in your house, and you’ve (somehow) locked yourself out. Which of your characters picks the lock for you?

Linton, hands down. (He’s a thief so he would be most likely to know what he is doing. 😂)

6. The zombie apocalypse is happening right now. (It’s awful.) Everyone is fleeing the planet, and moving to Mars. ONE of your characters can go with you. Who do you choose?

Selah. She has a knack for growing stuff and cooking it. Maybe then we won’t starve on Mars.

7. You’ve been given the opportunity to travel to one place (town, building, landmark, country) in your book. Where do you go?

The DreamWorld. Hands down. It would be incredible to be in a lucid dream for a while. Just as long as I can wake up.😅

8. You meet your main character and start a conversation with them. Problem is, you’ve only got six words or less to do so. What do you say?

Don’t surrender; Jesus is with you.

9. Crazy acid rain is falling from the sky. Which of your characters would you use as an umbrella?

Vytas. I would explain why, but it would ruin a plot point… 😂

10. You’re out at a restaurant with your main character, and the time has come to order dessert. What do you order for them?

Whatever they would like! But I think a chocolate cheesecake would probably be acceptable. 😍

I tag: Keri L, Diana, Cathy, and anyone reading this who would like to do it. 🙂 Don’t feel like you have to do this, but I know that you all write novels, so I thought you might like to try it out.  😉

Firstly, I’d like to cover the blog issues. It looks like for the past few months, every time I’ve attempted to follow a blog, it was rejected. I thought this was a problem with my dial-up Internet and Windows XP system, and since I upgraded, all problems should be fixed. But I realized yesterday that I still could not follow blogs. I contacted support (they were so nice and helpful over there) and they told me that my account had been mistakenly flagged as an anti-spam measure for bulk following, and they fixed it. Therefore, if I made a mention that I was following you and then I disappeared, it was because I thought I was following you but I wasn’t.

I’m so glad this is fixed now!

And now for the NaNoWriMo update:

I’m a bit behind still, but I’m planning to catch up. 🙂 And I just added an excerpt from my novel. I know that not all of you have NaNoWriMo accounts to view it, so I’m including it in this post so you all can read it if you wish.

“He gives and He takes away; blessed be the name of the Lord. That was Job’s way of dealing with loss.”

She knew now that she had been horribly wrong about Him. Maybe this was not about whether she believed, it was about whether she accepted Him. She was angry with Him; why could He not save the ones near to her?

Her sister’s words returned to her – she had said the same thing years ago, but she brushed them off because she did not want to hear.

It all started to make sense to her. She did not think that He did not exist; she only kidded herself to make Him feel the same pain that she had felt, and in the process, bit off her nose to spite her face.

She would not reject Him any longer. She fell to her knees. Holy is the Lamb. Good is her God. Loving was her Father. All her anger melted away into a puddle and was never remembered again.

Forgiveness was a powerful thing. Her burdens dropped from her shoulders and she felt lightweight, though that could be possible that she also lost weight by now.

But could her parents and sister forgive her? She knew that God was a loving God, and that He forgave because He died so that He could forgive. And defeat sin and death.

She had to believe that they did. She just had to.

She opened her journal to write and realized what day this was.

She almost cried, thinking of what kind of sweet sixteen she was missing out on. And then she did cry when she realized that even if she was home having a party, her family was dead and would not be there.

It would not be a fun party.

She was half glad that she was alone and in survival mode because if she was not, she was sure she would fall to pieces.

She went to the beach and carefully built herself a cake made out of the sand, and found some sticks and stuck them in the top, pretending that they were candles with flames dancing around the wick. She pretended that her family was there with her, and blew out the fake flames.

There would be presents, and she made sandboxes with sand bows on the top and imagined what could be in there. A new purse? New jewels? An espresso maker? Items that she may have taken for granted before, but would be luxurious to have now.

She knew that soon, the high tide would wipe away her cake and presents – any trace that she had even made them. All she would have left were the memories and the memories that could have been if her parents had still been alive.

She walked the island aimlessly. It was hard to get lost; she knew the majority of it and it was so small that if she did lose her way, she could walk until she hit the beach and keep going until she stumbled upon the rocky cove or until she saw the tips of the orange tree.

Happy birthday. Sure. Not anymore. No birthday would ever be the same. It would just denote another year gone by without her family. Another reminder of how much time had passed since the tragedy that changed her life forever.

It is week forty-four of 100 Word Wednesday, and here is the photo and my response. 🙂 If you’d like to join in, just click the link! 😉

Photographer at heart
Was almost ready to depart,
I’d gathered the supplies.

Cameras, film, and a backpack,
Going old school, memories taking me back,
Traveling to the airport, almost makes me cry.

Going to many exotic places,
Where I’ll see many faces –
That is all well and good,

But I do not want to explore,
I want to be home more,
In my own neighborhood!

Is that really so bad?
That right now, traveling makes me sad?
That in pajamas I want to stay?

And crash on the sofa and vent,
Especially during this event,
Trying to write a novel in only thirty days!

Thank you so much, Laurie, for nominating me for The Versatile Blogger Award! I’m so honored that you chose to nominate me. 🙂

Thank the person who nominated you

Tag 10 bloggers with less than 1,000 followers and let them know that they have been nominated.

The Ten Blogs I’m Nominating, in no particular order:

The Showers of Blessings

No pressure to accept the award; but if you do decide to, have fun, and I look forward to reading your post! 🙂 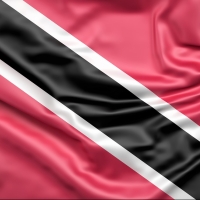 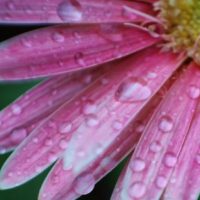 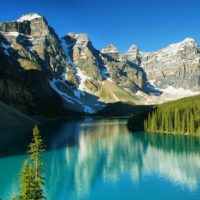 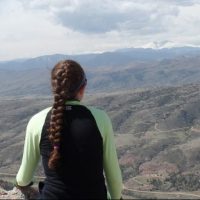 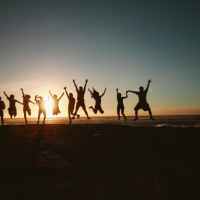 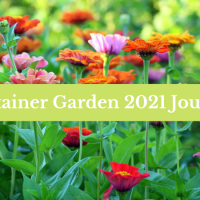